Tactical UAVs have tremendous potential to transform outcomes on the battlefield. But none until V-STAR™ has solved the longstanding challenges of providing rapid, flexible logistical support for troops in the field, while also giving commanders optional payloads for a wide range of specialized missions. Our VTOL-Swift Tactical Aerial Resource – or V-STAR™ – is the “HUMVEE of the air” and provides a breakthrough solution for front-line military logistics and related Multi-Role Endurance missions. With modular payload at the center-of-gravity, V-STAR™ provides real mission flexibility: it can carry ISTAR (intelligence / surveillance / target acquisition / reconnaissance) packages or weapons, then morph in minutes back to its primary role of providing front-line combat logistics. V-STAR™ is a unique unmanned aircraft system, combining a creative box-wing aerodynamic design with revolutionary propulsion improvements into a platform that stands alone in its ability to accomplish such missions. The V-STAR™ drone incorporates the following enabling technologies and capabilities:

In brief, V-STAR offers superior speed, rate of climb, reliability, endurance, and payload and mission flexibility, compared to other UAVs. For the first time, here is a UAV that truly delivers key capabilities that military forces are looking for now and will demand in the future. V-STAR provides operators with a single platform that:

All this is accomplished without the need for technological breakthroughs: these are mature technologies integrated in a creative new way, thereby lowering costs for development, acquisition and deployment. Frontline Aerospace, Inc.’s patented V-STAR integrates advanced ducted-fan lift technology with proven and reliable Rolls-Royce Model 250 turboshaft engines to maximize the utility of the UAV at low unit and maintenance costs.

Frontline Aerospace has a powerful team of people specializing in advanced systems engineering, digital simulations, aircraft conceptual design, program management, and military concept of operations (CONOPS). We are well positioned to present a credible UAV solution for a wide range of specialized military and non-military missions including search-and-rescue, urban reconnaissance and border security. 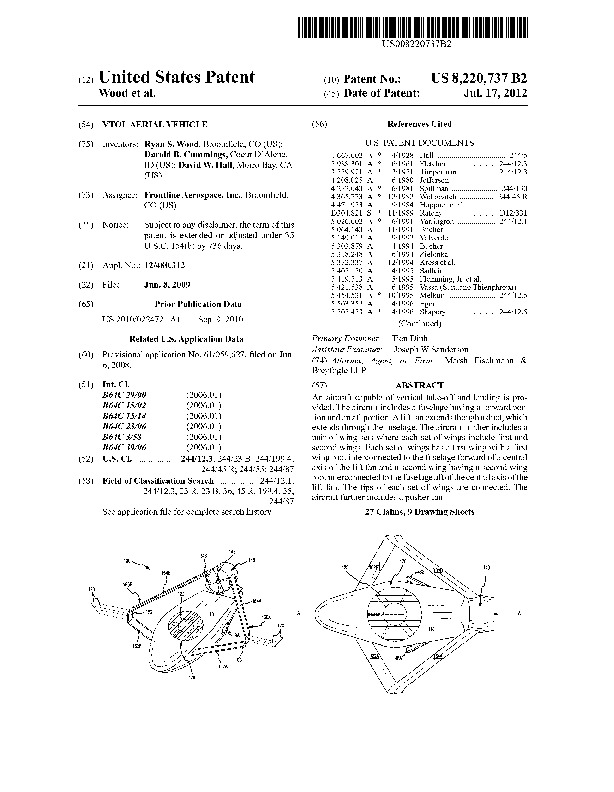 Abstract: An aircraft capable of vertical take-off and landing is provided. The...
Please login or register a new account to download.

Abstract: Tactical UAVs have tremendous potential to transform the outcome on the...
Please login or register a new account to download. 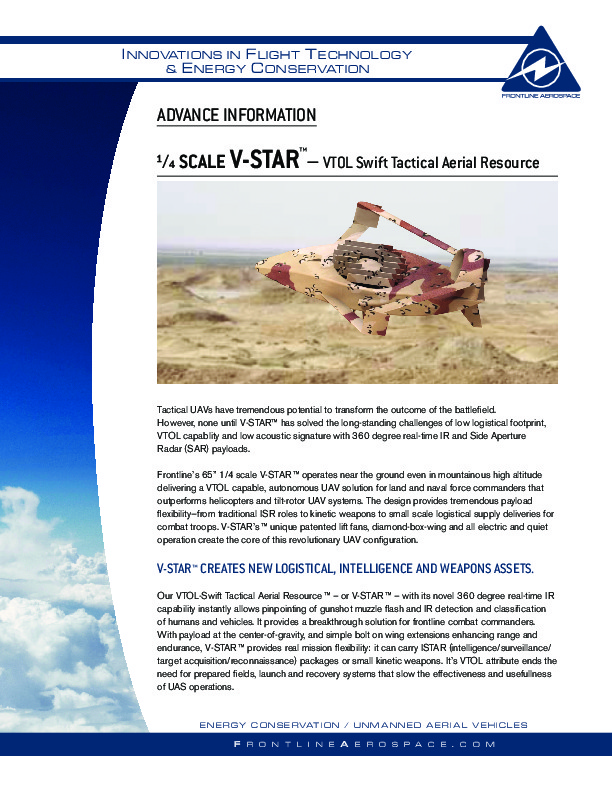 Abstract: Frontline’s 65” 1/4 scale V-STAR ™ operates near the ground even...
Please login or register a new account to download. 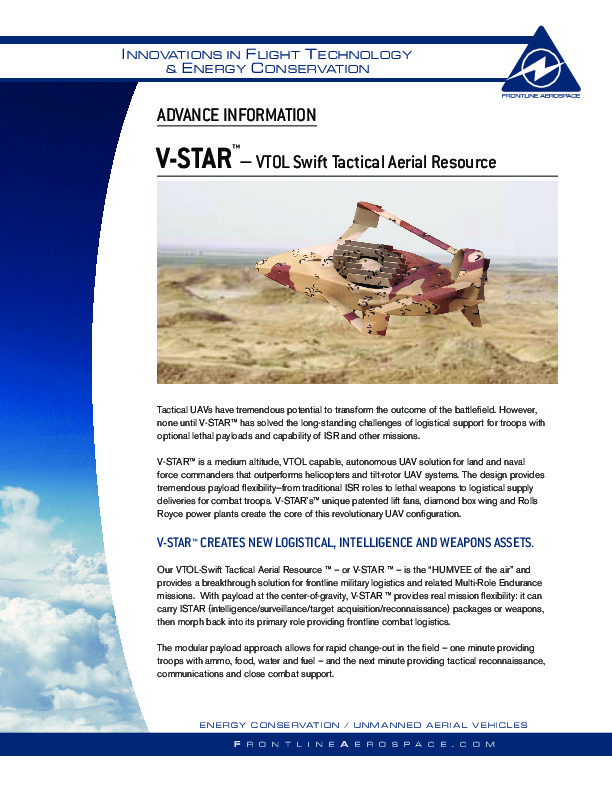